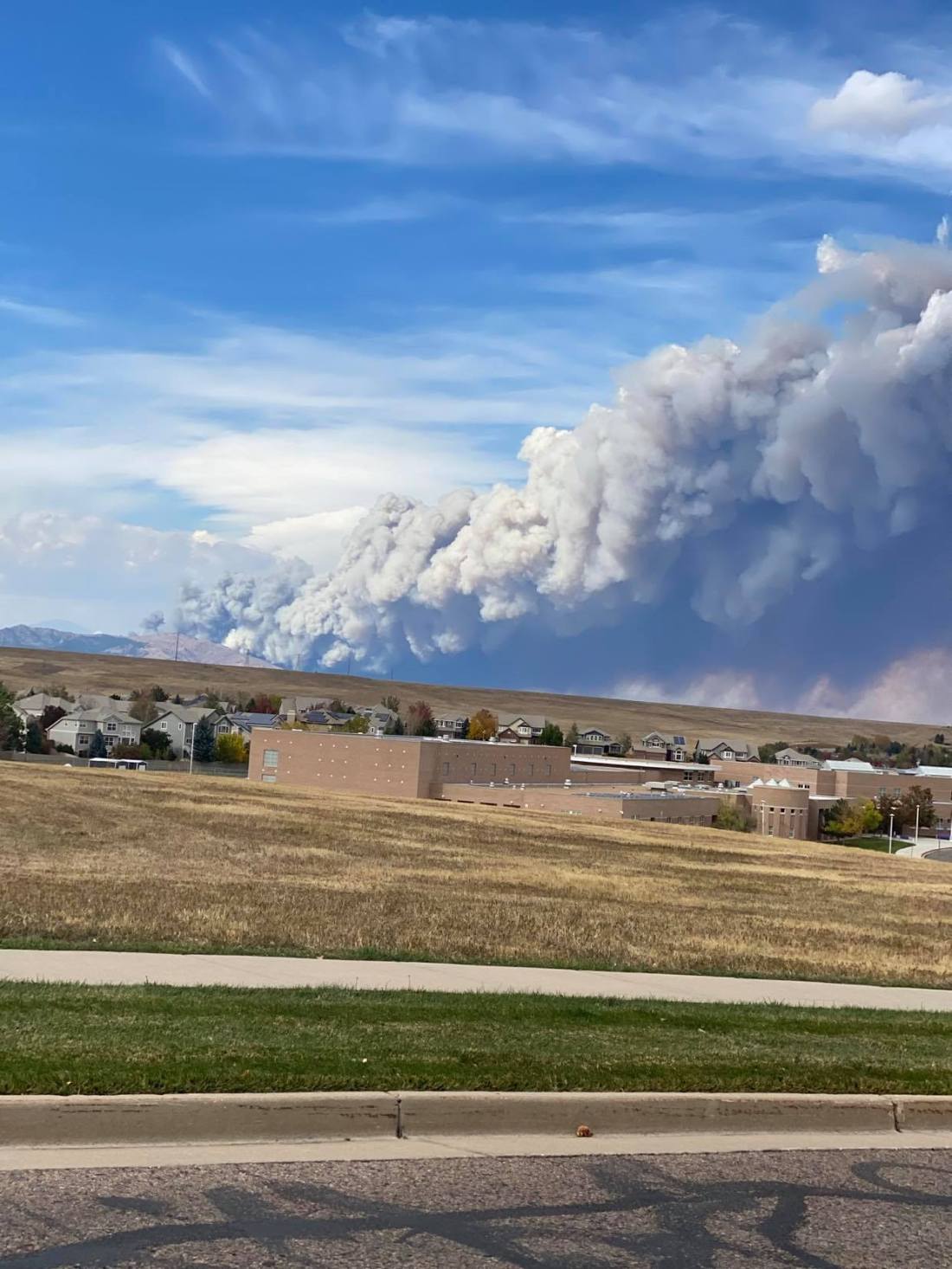 It’s been a bad fire season for Colorado. 2020 did not see much summer rain (typically monsoonal thunderstorms.) In the last few years we’ve come to dread them because they have brought some damaging hail. But this year there was barely any rain, let alone hail.

As a result, it was tinder dry here in Colorado. Our forests are heavily pine, which tend to be dryer than forests with fir trees (less dense, less shade, dry brush underneath). Making matters worse in some areas are the dead trees known as Beetle kill (bark beetle infections.)

There were several large fires in August on the Western Slope that caused poor air quality here in the Denver area. In addition, a fire up north called the Cameron Peak Fire pumped in smoke as well. It started August 13 and was about 50% contained earlier this past week. But then the winds hit us and the fire flared up. It is now the largest fire Colorado every has had (over a quarter million acres.) The smoke blew down toward us and once again our clear skies were smoky and gray. And then another fire erupted on October 14 called the East Troublesome Fire (who names these fires?) The skies turned an eerie orange-gray yesterday afternoon.

But wait . . . it’s not over. This afternoon I went out to get the mail around 3 pm and saw another huge plume. This one looked to be close to Boulder, just northwest of me. Sure enough, I found out a fire was burning near Jamestown in the Boulder foothills. Jamestown has been evacuated. This fire is called the Cal-Wood Fire. Immediately a wave of sadness fell over me. Cal-Wood is the facility where my youngest son went to science camp in 5th grade. Most kids from around here have gone to science camp their if they attended BVSD schools. I haven’t heard yet about the fate of the camp, but it can’t be good if the fire was named after it. Here are some pictures from today’s smoke plume from the Cal-Wood fire. You can see air tankers in a couple of the pictures. We don’t live far from the airport they refuel/refill at. They’ve been working nonstop it seems for the last two months.