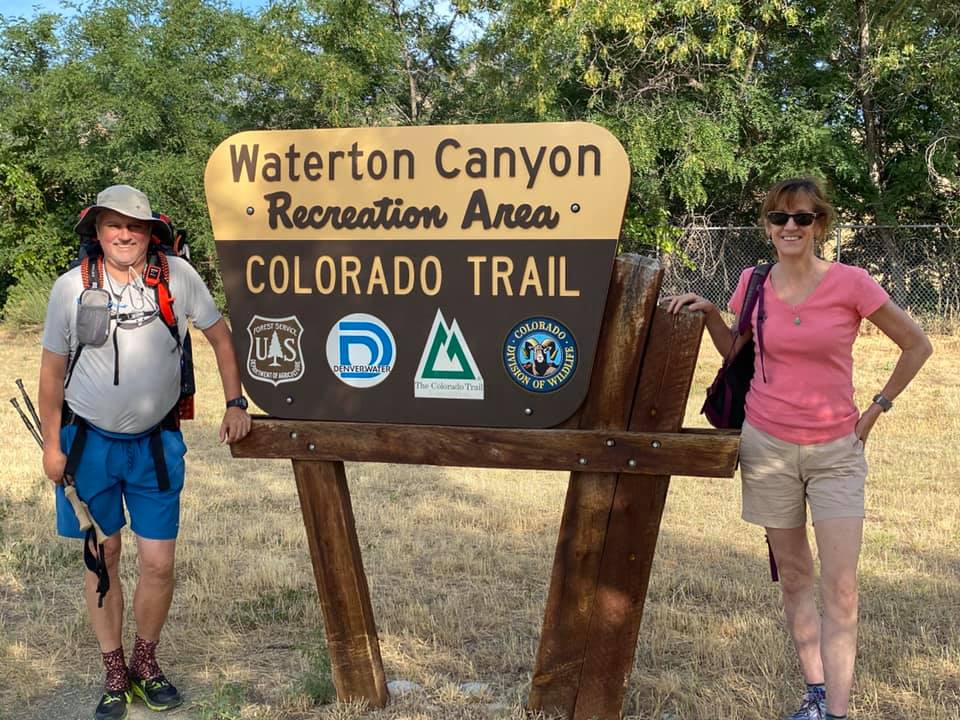 Last Thursday, July 16, my oldest brother started hiking the 485 mile Colorado Trail. It’s part of the Continental Divide Trail (CDT), but not many people hike the entire CDT in one shot. It’s considered the most difficult of the 3 thru hikes in the US, which also include the Pacific Crest (PCT) and the Appalachian Trail (AT).

My brother did the PCT when he was 19 and 40 years later he did the AT. He had planned to hike the PCT again this year but then Covid-19 hit. (Hikers need to resupply and clean up at small towns along the route, and with the virus, many were closed down to hikers) So he decided on the CT instead. Colorado towns are open now so he’s keeping his fingers crossed than our numbers stay down and we don’t have any more closures. It should take him about 6 weeks. Younger hikers can easily hike it 4 weeks, but my brother is now north of 60.

He flew into Denver on Wednesday and we took him to the Waterton Canyon trailhead southwest of Denver on Thursday morning. He’s starting slow – 10ish miles a day – until he gets used to the altitude. We’ll see him in 2 weeks when we go camping at Twin Lakes. I had planned that camping trip back in January before I knew he was hiking. When he told me he was doing the CT, I remembered that the trail passed right by our campground. So we’ll bring him a resupply box and treat him to a beer and burger in Twin Lakes Village.

I’m following his progress on Garmin GPS upload. In Colorado cell service is pretty poor in the mountains so this is an essential tool for hikers. So far he appears to be on schedule.

Here are some pics from the sendoff: